But outside the weather's not good.

They're not opening the telescopes tonight.

But here's what they saw all those years ago.

Astronomers were looking into the sky to find distant galaxies, billions of light years away. 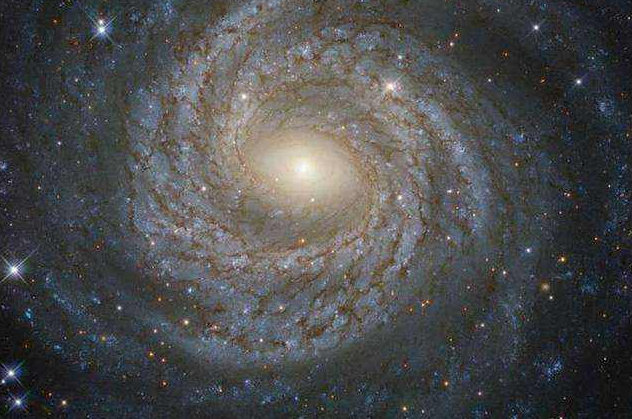 And they found this. At first sight it looks like two different galaxies.

But when they looked more closely they found that they look identical in every way.

It's incredibly strange. It's almost like there are two twin galaxies,

but actually they find the light was absolutely identical for which one and they seem distance apart.

The interpretation is, this is a picture of one single galaxy.

This certainly confused the astronomers,

had been predicted nearly a hundred years ago.

There's one man who, for me, really did think outside the box.

He was the first celebrity scientist, hailed by many as the greatest physicist of all time.

At the turn of the 20th century it was Albert Einstein

who opened our minds to a completely new way of looking at the universe.

Einstein's universe is made of something called space time.

Now, space is what we see around us - it's got length and breadth and height.

And time... well, it just ticks along.

But in Einstein's universe they're woven together into a fabric.

Space and time are not separate, they're one and the same thing.

And that fabric is called spacetime.