At a time when partisanship seems to lead most every story in politics, it's worth highlighting a sweeping bipartisan push that's lasted four decades...

Presidents Richard Nixon, Gerald Ford, Jimmy Carter, Ronald Reagan, George H. Bush, Bill Clinton, George W. Bush, and Barack Obama have all made the same pledge to reduce our dependence on foreign oil. And yet at the end of each administration so far, imports have been higher than before.

The pledge seems to have meant little—until now. By the time President Obama leaves office, oil imports will be lower and this trend will continue. And to be fair, it's not all thanks to Obama.

Decreased dependence on foreign oil is the cumulative result of many events that set the stage for natural gas. Government policies since the 1970s funded advances in horizontal drilling and hydraulic fracturing (already available since the 1930s and 1950s respectively). Later, high gas prices provided market incentives to locate new wells on private lands utilizing these technologies. Most recently, the Energy Policy Act of 2005 excluded hydraulic fracturing from underground injection regulations. It's a rare instance in which markets, government, and technology worked together with a common goal. And succeeded.

As a result, the energy transition is now in play, but most people haven't noticed yet. In fact, Dr. Michael Webber, Deputy Director of the Energy Institute at The University of Texas at Austin, predicts natural gas will overtake petroleum as the dominant energy source in the U.S. within 10-20 years. Perhaps when this occurs and we finally achieve that famous political pledge to "reduce dependence on foreign oil," more Americans will recognize the significance of what's taking place. 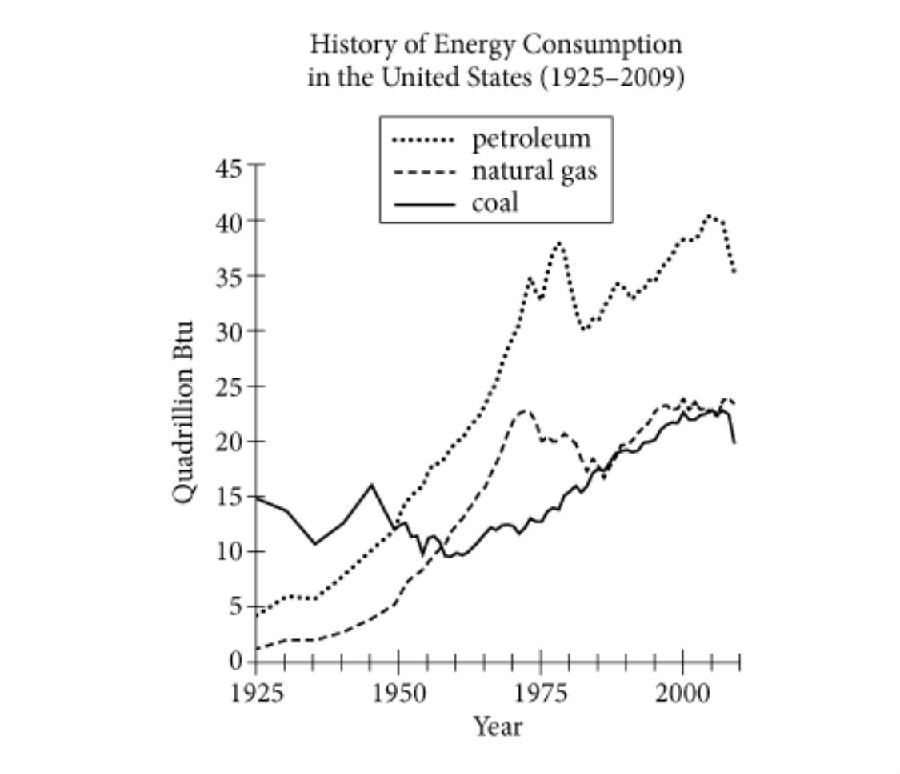 Which of the following would most directly challenge the author's claim about the public's attention to energy-consumption trends in the US?

(A) A government study finds that a growing number of citizens are choosing to use natural gas to heat their homes.
(B) An economist publishes a paper citing the average amount of money spent per capita on oil in the last forty years.
(C) A national poll reveals that most citizens are aware of recent increases in domestic natural gas usage.
(D) A news article argues that citizens should be better informed about the amount of foreign oil that is imported annually.